Living in Canada during the winter can feel like a brutal punishment and at times after a heavy snow fall beefed up with unimaginably strong wind can go beyond humane. Or so it seems to my »sun and warmth addicted« sister who has just moved to Toronto for her new postdoc position (and is probably packing to leave as I write this). The first thing that crossed my mind after listening to her grumbling was this joke that circled around about 15 years ago and it just won’t die (tip: search for Kalimero’s post). To give you a better perspective at the harsh circumstances out there in Canada, here a picture she sent today: 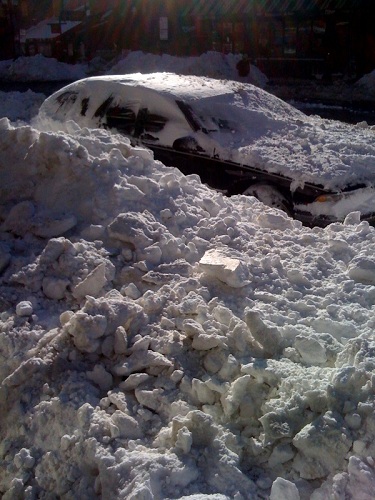 When we spoke last week, the first thing after a Hello was a despairing pledge to set her up with an ISL Online account so she could do the work from the comfort of her warm appartment. Judging by the amount of thank-yous I received in the days that followed, I believe she indeed likes remote access sessions to her office PC and web meetings with her co-workers better than a half an hour walk to the work and a half an hour back home.

Funnily, she is becoming a huge fan of clouds. But, as you may have guessed, I’m talking about the Cloud network infrastructure that hosts ISL Online sessions regardless of a geographical location, also those in Canada, and always assures optimal performance and speed. She still hates the regular clouds, though. 🙂