ISL Online, creators of remote support, access and helpdesk software used by technology service providers, helpdesks and IT departments in over 100 countries, has launched a newly branded remote support and remote access software on the Japanese market. This is in collaboration with their business partners OceanBridge Inc. and Santec Corporation. ISL Online, a pioneer in the remote desktop industry, already holds a very strong presence on the Japanese market,but introducing the new products “Online ScreenView” and “Online ScreenAssist” is a new approach represented by Santec. 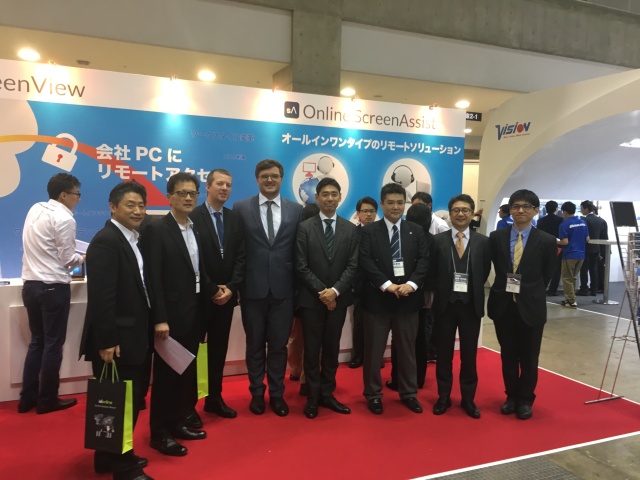 “We are excited about the new OEM business in Japan we have started with Santec and OceanBridge. The new remote desktop products will be sold by Santec’s major partners such as Fujitsu, Otsuka-shokai and other big Japanese vendors,” said Jure Pompe, ISL Online CEO, at Japan’s largest IT trade show Japan IT Week, where “Online ScreenView” and “Online ScreenAssist” were officially launched.

“ISL Online delivers great and reliable remote support and remote access tools which present a great benefit to technology service providers, helpdesks and IT departments. After the successful launch of the new remote desktop products at the Japan IT Week we’re looking forward to start selling the software in July 2018,” said Daikou Tei, President and CEO at Santec.

“We have been working hand-in-hand with ISL Online team since 2007. They offer trustworthy and powerful remote desktop tools used by important Japanese companies, such as Mitsubishi Chemical Systems and Citizen Watch,” emphasised Tomoyuki Inoue from OceanBridge.

The new “Online ScreenView” is actually a customised ISL Online remote access software which allows a user to connect to an unattended remote computer from anywhere from their computer or mobile device.

“Online ScreenAssist” is a custom-made ISL Online remote support software used to access and fix nearly any remote device, running any platform, located anywhere in the world. During the remote sessions the technicians can chat with an end-user, view and control remote systems and collaborate with other tech colleagues to resolve issues.

ISL Online is a remote desktop provider which offers a licence allowing unlimited installations and concurrent sessions. Additionally, it offers various customisation possibilities and that puts ISL Online in a position of strength and opportunity, especially with large companies.